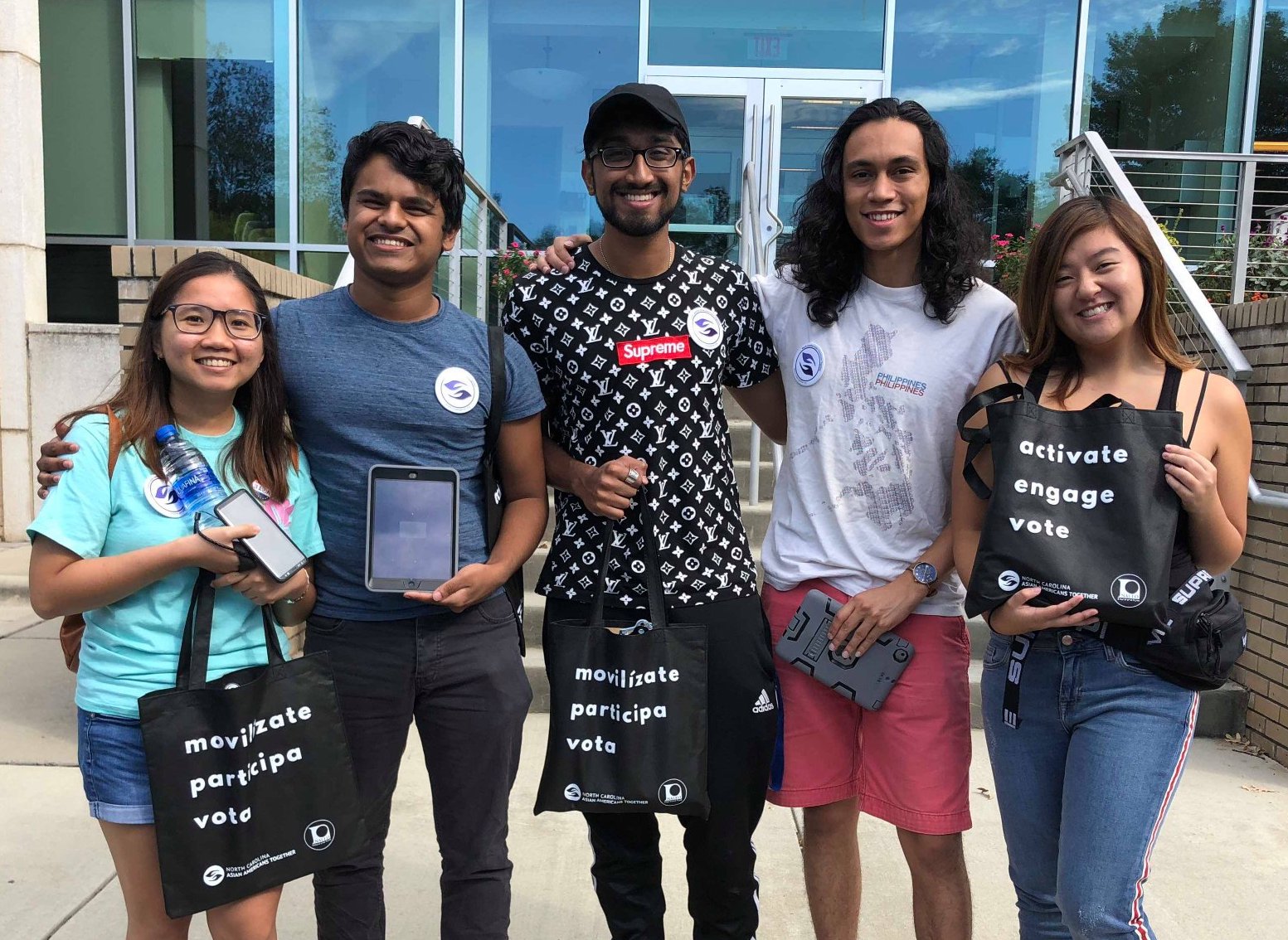 As the 2018 election season enters its final weeks, community leaders are mobilizing a key voting demographic that could be pivotal in races across North Carolina — Asian Americans.

Asian Americans are the fastest-growing racial group in the country and the state. The number of Asian American voters in North Carolina has more than doubled over the last decade, with more than 89,000 registered to vote as of August 2018. As a group that is politically independent, their swing vote could tip the balance in key races and hard-fought ballot measures.

Those are among the findings of How Asian American Voters are Changing N.C., a new analysis by two nonprofits tracking the Asian American vote in the state, N.C. Asian Americans Together (NCAAT) and the Institute for Southern Studies.

“Asian American communities are a growing force in North Carolina,” said Chavi Khanna Koneru, executive director of NCAAT, a Raleigh nonprofit working to engage Asian American voters. “At a time when issues affecting immigrants and communities of color are in the national spotlight, it’s more important than ever to educate and motivate our families, friends and neighbors.”

A key issue in 2018 will be voter turnout. Just 56.5 percent of registered Asian Americans in North Carolina voted in 2016, compared to 69 percent for all voters in the state. One cause may be that these communities have often been bypassed by candidates and political parties: 71 percent of Asian American voters nationally said they weren’t contacted by either major political party in 2016.

“In a midterm election, each vote is especially important,” said Chris Kromm, executive director of the Durham-based Institute for Southern Studies, a nonpartisan media and research center. “In key legislative and congressional districts, as well as on statewide issues like the proposed constitutional amendments, Asian American voters could easily make the difference.”

This year, NCAAT has registered more than 2,000 voters in Asian-concentrated areas in N.C. and hosted three candidate forums in Wake County. These are part of what the group calls an "unprecedented" push to educate and mobilize the state's Asian-American electorate in 2018, which over the next 12 days will include an issue forum, phone banking, a door-to-door canvass in Wake County and a "Party and the Polls" on Election Day.

For a copy of the full report, visit How Asian American Voters are Changing N.C.

The report was developed by N.C. Asian Americans Together in collaboration with the Institute for Southern Studies. North Carolina Asian Americans Together is a nonpartisan, nonprofit organization focused on bringing together the Asian American community in North Carolina through civic engagement and political participation. Learn more at www.ncaatogether.org. The Institute for Southern Studiesis a nonpartisan research, media and education center founded by civil rights veterans. Learn more at www.southernstudies.org.